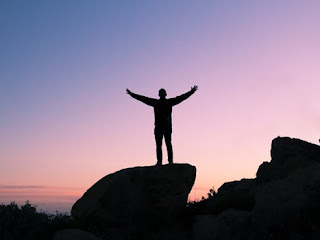 I met him in 2011 at the town where I served as a Youth Corp member.  His rugged nature, ever smiling attitude and pretty fair- skinned, cheerful wife left me with questions just few minutes after I met them.. What could this young couple be doing in this village, living in a house built with red clay? I began to pay regular visits to their house. What I saw when I got closer immensely surprised me..

I found out that he was not just an engineer but a software guru.  I watched as young students from the mission school where he taught, gathered in his house, a place where there was no electricity except on occasions where the generator was switched on. He took the students on different science projects and also taught them website creation.

Many of his students are now in the universities, here in the country and abroad. There are records of competitions won at the national level and I was particularly amazed at the students who were asked to represent the country in the United States.

I am amazed particularly by the fact that this man responded to the call to draw young lives to Christ through I.C.T rather than strive to make a name for himself..

Of course, many would be angry and indignant, distastefully declaring that he was wasting away something precious in the same way Judas Iscariot responded when Mary came with the alabaster box containing very expensive ointment. But isn’t our Lord worth having the best of our talents?

What’s that alabaster box containing the best of your expensive ointment that you are withholding from Christ?

Could God be requesting that you lay down your high salary paying banking job for a less tasking one so you could take proper care of those beautiful kids He has given to you?

What about those skills that He seeks to use solely to pull men into His kingdom, can you accept His call?

That huge sum of money stored in your account that He has been nudging you to lay down for His work, when are you going to surrender all of that as he has requested.

Deep within you lies that very precious ointment that you must pour on His head just in the same way as Mary did.