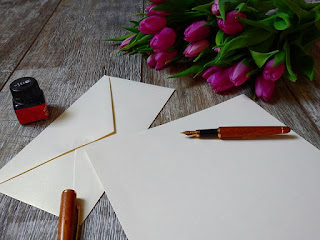 It’s been six years. Six long years since I introduced Niyi to you and Dad. I remember your first question the evening we sat in the living room, as you fixed your gaze on him.

‘You do not look familiar at all. What section in the church do you work?

Niyi had glanced my way for help. We knew it was going to be tough. We had talked about it months before that evening. When I told you he wasn’t a member of our church, you scowl, trying so hard to remain calm.

We’ll think about it, you said and led Niyi out of the house. I knew you’ll never think about it because you called me into your room that night and warned me to stay away from Niyi. I remember that night as if it happened yesterday.

‘Don’t ever let it cross your mind to marry a man outside the church. We will not give out our daughter to an infidel.’

Even though I explained that Niyi knew the Lord and I was sure of my convictions, you stood your ground.

There are many sound brothers in our church, you said and ordered me out of your room. You control decisions in our family so I knew it was a waste of time reaching out to dad.

I thought you would change your mind after some months. But no, you didn’t. Not even after pleading and explaining in details how God led me to Niyi. You said my desire led me, not God. That God could not lead me astray. I asked what you meant by that even though Niyi and I shared the same faith. You dismissed me and asked me to go and pray properly. You said I should learn from my friend Folake whose wedding was graced by the Senior Pastor and almost all the church elders from different zones.

Mum, I have prayed and cried. Your best friend Sis Shade said God may be using you to prevent possible harm on my path if I married Niyi . But I can’t seem to see anything wrong. God is my father and I believe if I’m walking in darkness, His light will reveal it to me. Niyi is still glued to my heart as ever. His love for God has strengthened my spiritual walk

Two years ago, you began pressuring me to bring home a suitor. When I told you my decision to marry Niyi hasn’t changed, you spat  fire. For one month after that day, I suffered depression.

Last year, you revealed your true reason for rejecting Niyi: It was a shame for a Deaconess’s daughter to leave the fold. You watched how Elder Raphael’s family faced neglect from the church when his daughter married a man who attended another assembly two streets away from ours. It was the osu caste system wrapped in modernism. You’d rather die than watch your reputation crumple. When I realised this, it became clear that there would be no way forward. So I broke up with Niyi. Our six years of praying and waiting has been in vain… like pouring water on a rock.

Lanre came along shortly after my break up and you persuaded me to give him a positive answer. He was that fervent brother admired by the church elders. Out of frustration, I said Yes to Lanre’s proposal and I have cried almost every night after then. And just four months later, the scandal that involved Lanre and Bisola came out to the open.

I have resigned from work and will be moving to Benin to stay with a friend until I get another job. Please when you call me, don’t ever bring up the topic on marriage again. I am no longer interested.

I still love you.

An excerpt from ‘We are church Kids’. A collection of short stories written by Ife-grace. Coming soon.