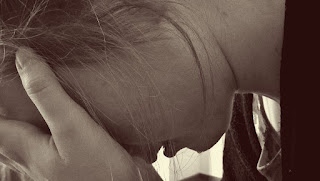 Life was perfect for Busoye until the call she received that evening while turning a pot of eguisi soup. Her husband had been standing by the entrance teasing her and making her giggle. She rolled her eyes playfully at him and moved towards the sink to fill a pot with water in preparation for the semovita that would accompany the eguisi soup.

What more could a wife ask for? She had a husband that adored her and two wonderful children. Her daughter, Gbemi had won singing competitions at school and was well known for stirring the hearts of the congregation at church with her voice, John, her ten year -old son was a computer whiz, her kids attended one of the best schools in Lagos, her husband had a job that took him out of the country where he sat with CEOs and Managing Directors of large establishments. Who would have thought that a young lady born to poor farmers in a small town in Ondo state could ever leave the shores of Nigeria to a place called the United States of America for a vacation?

‘Mum, your phone is ringing.’ John sped past his father and rushed into the kitchen, holding a phone. Busoye quickly turned off the gas cooker and reached for the phone. It stopped ringing.

‘Who is that?’ Her husband asked, his hands now resting on the kitchen table. Busoye shook her head. She was just about to swipe to the call history when the phone began to ring again.

Busoye’s eyes widened as she listened to the person on the other end.

‘Oh Jesus…My daughter is in the hospital?.’

She rushed out of the kitchen and out of the house towards the parking lot. She tried to open the door to her car but remembered she didn’t have the keys. She turned around and saw her husband holding the keys. She snatched it from him and opened the car before jumping into the driver’s seat.

‘Get down. I can’t allow you drive in this state.’

Her hands were trembling. She climbed down from the car and hurried to the other side. John jumped into the car too and they drove off.

‘What hospital did they take her to?’

‘What did the woman say was wrong with her?’

Either Busoye didn’t hear or she chose not to respond. She just stared out the window muttering words of prayers.

The car had barely touched the hospital’s premises when Busoye jumped out and ran all the way to the hospital lobby. Her friend Hannah was standing with her daughter by the receptionist’s desk when Busoye approached them, hysterical.

‘Where is my daughter?’

‘Busoye, I just got here too. My daughter called-‘

‘Where is doctor Rotimi?’ Busoye asked at the same time running towards the doctor’s office, her husband hurried after her. John shivered when he saw Hannah’s daughter, Titi, crying.

‘What happened to my sister?’ John asked. ‘Answer me!’

Doctor Rotimi was just about to enter his office when he saw Busoye and her husband hurrying towards him. Hannah catch up with them and the three stood before the doctor, eyes filled with fear.

He hesitated for some seconds before gesturing to them.  ‘Come in.’

Hannah turned to her friend. ‘I’ll be at the reception. She’ll be fine.’

Busoye nodded and entered the office. She settled into a chair beside her husband who was now leaning forward, hands loosely clasped on the table.

‘Gbemi had a badly done abortion.’

‘What?’ Her parents chorused.

‘She was lucky Titi called me on time. We would have lost her. There were particles of the the foetus left in her body and we need to do an operation as soon as possible. We’ve been able to control the bleeding.’

‘Doctor, please do everything possible. Please.’

‘Can we see her?’ Busoye asked, her eyes moistened.

‘Briefly. We have to begin the procedure immediately.’

Busoye sat back, trying to take in all that the doctor has said.

Abortion? I can’t even imagine my fourteen year old daughter having a boyfriend. Why didn’t she tell me? We are going to have a long mother daughter talk when this is over. I will-‘

The door opened. ‘Doctor, the girl in Ward 5 is bleeding again.’

‘Oh no!’ The Doctor got out of his chair and hurried out.

Busoye and  her husband followed. At the entrance of Ward 5, a nurse stopped them from going in and so they had to wait impatiently at the entrance, their eyes never leaving the door. Some minutes later, the doctor came out, a sad countenance on his face.

Busoye had to be sedated that night to get her under control.

Two months had passed and Busoye wouldn’t step out of the house. The comforting words by the women from church didn’t help. She had to be forced to eat. She stared at nothing in particular. She moved around the house crying, touching everything belonging to her daughter.

One evening, after the women had left, Busoye stood by the window, reaching into her heart for the pain again.

‘If I had prayed more for her… If I had been more sensitive? She told me she was going for choir practice, why didn’t I call Bro Yemi to confirm if there was actually a rehearsal fixed for that evening? How would I have known that she was going to an abortion clinic. I failed as a mother. I failed!’

Busoye turned, surprised to find a grey haired woman sitting on the edge of one of the sofas.

They had never got along since Busoye joined the church. She saw her as snobbish and insensitive, always giving orders and she had wondered why the women liked her so much. What was she doing here? Had she come with the other women and stayed back when they left?

The woman clasped her wrinkled hands together. ‘I still remember that night as clearly as today. I received a call that my son had been killed. He had been part of a cult group and I didn’t know. I couldn’t believe that few months before his death, we had devotion in the house together. In fact, he led the scripture reading for that devotion. ‘ Tears coursed down her cheeks. ‘He died and there was nothing I could do about it.’

Busoye moved from the window and sat on the center table, her gaze on the teary-eyed woman.

‘Next week, he would have been 30 ‘ she shook her head. ‘I beat myself for many months after his death. I called myself names. I thought I had used my hand to destroy my home.

‘It took me time to get over my loss but God helped me. He made me realise that I had done my best as a mother. Busoye, we can’t control everything in the lives of our children. We may have had our faults but we did our best.’

‘Was that why you started a prayer network for mothers?’

She nodded. ‘Yes. That incident birthed the prayer movement.’

‘I wish I had accepted your invite to join prayer network, maybe my daughter would have been alive.’

Sophia joined Busoye on the Center table and held her shoulder. ‘ Do not listen to the devil. He is evil and he wants you to remain in guilt and pain. His desire is to kill your joy permanently and destroy your faith in Christ. You can’t change what has happened. Busoye, Even in the midst of our painful circumstances, God finds a way to send comfort to us. You are going to learn to trust God to see you through this. You have a son who needs you so much now. God will heal your pain just like He healed mine.’

Busoye ran into her arms. ‘Thank you. I feel so much better now.’

‘I’m here for you. We’ll go through this phase together. ‘

****
The God of all comfort, who comforts us in all tribulation that we may be able to comfort them which are in trouble, by the comfort wherewith we ourselves are comforted. 2 Corinthians 1:4.

This story reminds me of a poem I once read:

If you have gone a little way ahead of me, call back
It will cheer my heart and help my feet along this stony path
If per chance, Faith’s light is dim because the oil is low, your call will guide my lagging course as I wearily go.

If you say he saw you through the night’s sin-darkened sky,
If you have gone a little way ahead, oh friend, call back.
Twill cheer my heart and help my feet along the stony track,
Call back.