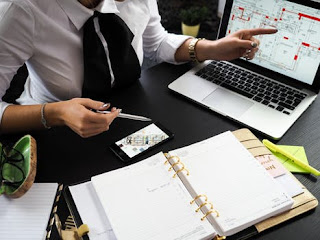 “Can you repeat what you just said?”

Dr Yinka looked at the X-ray result again, trying so hard to avoid the frightened eyes and trembling lips of the patient sitting before her. This was the only part of the medical practice-divulging bad news- that she abhorred. She exhaled and raised her eyes to meet the sloe-eyed woman, whose life was about to change forever.

“Mrs Funke Oyewole.” Dr Yinka started. “From your test result, you have been diagnosed with rectal cancer.”

“What exactly are you talking about?” the man beside her stood up, his hands firmly griping the edges of the table.

“It’s a cancer that grows in the last few inches of the large intestine near the anus. It-”

“Hand us the prescriptions right away.” Mr Oyewole tapped his fingers.

“You must also be informed that this malignancy is not curable. However, since we detected this early enough, she should-”

Funke stormed out of the office.

Mr Oyewole fixed his gaze on the doctor for what looked like eternity. “You had better know what you are doing.”

He strode out, slamming the door behind him.

“Dad what’s going on?” Jessica dashed in, flinging her bag on the long brown settee that faced the LG flat screen. She placed her hands on her waist.

“Why don’t you just sit down.”

“I was in the middle of a serious lecture and-“

Caleb slouched into the living room, carrying a plate heaped to the brim with rice. Three pieces of meat stood at the top.  Particles of rice began to fall. Some on his white school uniform and others found their way to the red rug.

“Dad, please free me abeg. I don’t get to eat anything close to this for a whole term.”

He perched his fat buttocks beside his sulky sister and pulled a stool in front of him.

Caleb swallowed two spoonful of rice before responding. “I’m as surprised as you are. When dad came to pick me up from school today, he said mum wanted to see us urgently.”

“Mum?” Jessica said, her face churned in a mixture of irritation and puzzlement. She turned to her father. “Dad, are you getting a divorce?”

The door opened. Funke stepped in wearing a thick brown jacket over a black gown. She tottered into the living room.

“Hello dear.” She said as she hugged Jessica. She approached Caleb but he points to his food and in between mouthfuls said, “Hugs later.”

“Dad suddenly calls me to rush back home, Caleb returns from the boarding school in the middle of a term, mum is hugging me for the first time in nineteen years. Please what’s going on?” Jessica blurted.

“Let me explain.” Funke said, her voice shaky.” There is a new development in our home. We are taking this family to the next level.”

Funke retrieved, from her bag, a sheet of paper which looked like it had been torn from the middle of a Higher Learning exercise book. She relaxed against the sofa.

“Next weekend, we are going on a family vacation. Then on the 24th of this month, there will be a family dinner where I will prepare a special meal for everyone. We’ll also be having lots of heart-to-heart talk. I have so many creative ideas that we will undertake together.”

Jessica’s light skinned face suddenly turned red. “Mum, can’t you see it’s too late for all these? Where were your creative plans when you woke up every day by 5a.m and returned home at 11pm? Where were you when I aborted twice and came home bleeding profusely? All you knew how to do was yell at me and tell me how useless a woman I would become for burning your vegetable stew and taking money from your wardrobe. Now you want a new development.”

“I’m going back to school.” She said and headed for the door.

“Jessica, I have cancer.” Funke said. Now the tears were running towards her earlobes

Jessica froze and let go of the door handle.

Silence. He was listening to the person talk at the other end.

“That was Dr Yinka.” Mr Oyewole said as he disconnected the line. “We have to go to the hospital now.”

Funke bounced off her seat. “Oh my God, what could have gone wrong again?”

Jessica and Caleb jumped into the car with their parents.

Five hours later, Dr Yinka is staring  at the new X-ray sheet in her hand. Standing beside her is Yemisi, the radiologist.

Funke and her husband quickly sat up.

“I’m so sorry.” She started, her eyes pleading. “There was a mix up in the names. You just have a minor bowel obstruction that can be handled with simple medication. We are very sorry.” Dr Yinka was on her feet now, rubbing her palms together.

“You-You can throw my family’s file into the trash can. I’m done with this hospital.” Mr Oyewole spluttered and marched out, pulling the hand of an excited Funke out of the office.

Doctor Yinka banged her fist on her table. “Yemisi, how could you make such a grievous mistake? I’m reporting this matter to the M.D! It’s not my career you will ruin.”

Jessica was resting her back against the body of the white Pathfinder when Funke scampered out of the hospital, her face a merge of tears and smiles.

“I don’t have cancer. It was a mistake.” She announced, hopping and kicking the air with her legs.

“I have to reschedule my appointment with Ricards Telecomms.” She stated and began to rummage through her bag for her phone

“So what about the creative plans for the next level?” Jessica was regarding her mother closely.

Funke fell silent. She loved her job dearly especially now that the board of N.S.A Bank had agreed to nominate her for the competitive Managing Director position.

But I love my family too. Look how they’ve borne my selfishness and self-centeredness, she muttered, sighing deeply.

They were all standing at different positions, waiting for her response.

She gazed ather only daughter. “This may just be the time to commence that fishing business we talked about two years ago.”

Jessica eyes glowed. “Yes! And I’m going to be the Assistant CEO based on my experience as a 200 level student of the department of Fisheries who will in a short time acquire a B.Sc from the University of-”

“Shut up joor. Stop screaming into my ears.” Caleb snapped.

Funke glanced at her husband. He was smiling. It was a smile that spoke volumes. A smile that said, ‘This is what I’ve been waiting for.’

Life is short. Spend time with the ones you love.