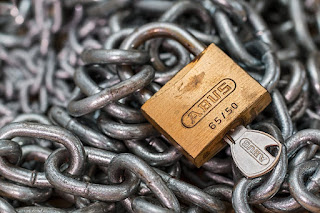 Each time, I gave in to my urges, I ran back to God, pleading for mercy. It got to a point I became fed up with my regular back and forth repentance. In my mind, I was a failure to God and the body of Christ. God had finally placed me in His black list.

During this tough battle, I fell into depression several times, stayed away from church and even when I attended, It was to fulfil all righteousness. Moreso, I didn’t really have friends in church I could share my burden with. In my eyes, these sisters were too pure to have encountered dirty stuff like this.

My ex had a first hand info .He was always my first point of call, whenever I fell. My mentor(a.k.a mama in Christ) knew about some of my experiences  my too. Initially, He, my ex, would pray with me, but later I guess he grew tired. He left eventually with the excuse of our denominational differences, but who really knew what his true reason was.

Could Jesus really set a man free from this? Is it possible to say No to the urges that come? I began to search for answers.

I attended a Bible discussion meeting and the four months that I spent there weakened, rather than help me. Every week,  I was reminded of sin and damnation. Stories of fallen christians surrounded our discussion and so after every meeting, my heart would cry out for forgiveness, yet days afterwards, I’d be on my bed again, my eyes glued to my phone.

With guilt having an upper hand, all I could mutter was, ‘Lord help me.’..I had questions I couldn’t find answers to.

God began to speak to me through stories that He placed in my imagination. I began to understand God’s love and grace.

This is the truth: it’s easy to push judgement at the faces of people if you’ve never struggled with certain habits.

Gradually, I began to understand that until I know my identity in Christ and rely on God’s grace, I’ll never stay free.

Are you a Christian faced with addiction? Is guilt weighing you down so much that you are at the verge of giving up? Are you tired of the urges that controls you?

First of all, let this sink into your soul. God loves you. Can you hear me? If you don’t believe me, go read the account of Jesus and the Samaritan woman. You’ll see how Jesus addressed the woman’s problem by using the figurative term ‘thirst’… Jesus offers you a drink that will quench the thirst for every other thing the devil brings. Your duty is to believe and accept His offer.

If you don’t know your identity in Christ, your struggle will know no end. Do you know that the power of Christ resident in you is stronger than any urge to sin? You must know your place in God. If you have come to Christ, your chains have been broken. What you need is a deep revelation of who you are in Christ.

You are the righteousness of God in Christ Jesus.

You have the exceeding greatness of God’s power resident within you, that power sets you far above principalities and power.

You are dead to sin. Sin cannot have dominion over you.

How can you say it’s impossible to stay No to the demands of this world? Have you forgotten that where sin abounds, grace much more abounds? You must move from the level of your commonsense to God’s measureless grace. That will keep you strong and victorious.

Don’t let anyone deceive you that until you go on a marathon fast, you won’t be free. Your works cannot do this. If you could help yourself, Christ wouldn’t have died. But when He went to the cross, He destroyed the power that caused you to respond to the sin’s demands.

You are still struggling because you have not understood the power of the cross or you forgot your identity in Christ.

Until you see that the victory has already been won and that the key to total freedom is faith in the finished work of Christ, you’ll continue to slip.

Even if you fall again, don’t take your eyes away from the cross. Don’t give room to guilt. Keep your eyes fixed on Jesus.

Will you stop struggling? Are you ready to resist the devil when He shows up with those lies? Can you take time to get God’s word resident in your subconscious?

If you’ve never accepted Jesus as your Saviour, what are you waiting for? You are the reason He died. Let Him break that chain today. All you have to do, is confess Him as your Lord and Savior. Believe in your heart that He died and rose to set you free. Ask Him to take charge of your life.