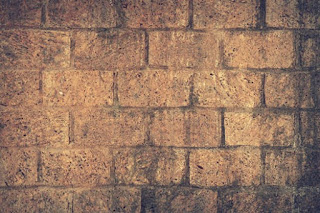 While we were courting, I would forget how swiftly his lips swerved from side to side or the manner his feet tapped the solid floor in an attempt to make his story plausible. I only listened to the words Peter’s eyes uttered.

I remembered how I had chuckled when at the altar in my creamy wedding dress, Peter’s eye screamed,

‘When will this be over! I want to take you home!’

I longed to drag him away from the church hall too but that had to wait, because I wanted to dance like never before, to see drips of my sweat sweeping the dance floor of the reception hall, to watch Temi burn with shame because finally, I got the man of my dreams. Even prostitutes get their wishes done.I was a happily married woman until the wolves arrived.

“Mummy o! Katala don burst.” Bisi ran into the kitchen one Sunday afternoon, exactly five years and three months after I began my journey as a wife.

I was standing beside the sink blending some tomatoes and ‘rodo’ and even though my mix had smoothened to a perfect paste, I couldn’t stop turning the knob of the blender because Mama wouldn’t leave the kitchen.

She opened the fridge, closed it, opened it, peeped, close the fridge, moved to the drawers, opened them one after the other and in a shrill voice sang,

So when Bisi, whose bleached face contrasted sharply with the dark colour of her lipstick, pulled her mother away from the kitchen, I grabbed the blender and quickly poured the content into a pot.

I stiffened. Two muscular hands grabbed my waist. He kissed me from behind. I remained still.

“I’ve missed you.” He whispered softly to my ears.

“Peter, I’m losing my mind. Can’t we at least have some privacy in this house.”

“Please. Just for two weeks.” I pleaded. Peter placed his hands on my shoulders. My eyes found his. They were cold.

My mother-in-law dashed in, followed by her eldest daughter Bisi. Peter pulled away from me sharply in the exact way I had reacted when mum, while turning amala on a rainy evening, narrated the story of a young girl who got killed by thunderbolts simply because she leaned against the wall while It was raining.

“Peter what did you bring to this house?”

My husband stared at her, puzzled.

“How on earth could you marry a dog?”

I turned sharply and faced the window. Kabiru, the security guard, was playing with the dog who couldn’t stop leaping and wagging its tail. The dog chased Kabiru to his duty post at the gate.

“Are you aware that this ignominious prostitute has aborted three pregnancies?”

Bisi laughed. “Peter, she fooled you. After making a wreck of her life, she came running to the available christian brother.”

“You should have seen how ashamed I was when my friend saw her in the family photo album. He called her a naive fool. Her price was the cheapest of all the call girls at the brothel. My friend said-“

“No wonder she can’t mother a child. Murderer.”

They continued to speak like I was not present

I fought back tears. The words didn’t hurt me as much as my husband’s silence. How could he stand there and allow them talk to me like that. If he claimed he really loved me, why couldn’t he defend me now.

Peter’s mum screamed at the top of her voice. ” She must leave this house!”

I turned to go.

I ran into my room. As I laid on the bed, I saw God sitting on the chair in front of the mirror. He was laughing and reminding me that my past would forever hunt me. I stayed up till my husband sneaked in quietly after midnight. He slid under the duvet.

He made to nudge me close, but I moved away and faced the wall.

Soon he was snoring as usual while I cried myself to sleep.