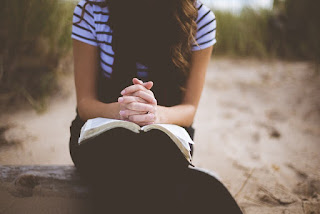 Eyes red,  I walked into Kemi’s duplex. The compound was packed full.  About five boys played tennis at the extreme, three  women talked and laughed at the entrance,  a group of children danced round the two cars packed in the garage.  Kemi’s sisters sat with their babies under the mango tree close to where the boys played tennis.

How on earth does Kemi manage all of these people?

The kitchen was bustling with activities.  The maids moved form one task to another.  One was preparing amala,  her veins shooting out as she worked the turning stick on the large pot filled with yam flour. Another concentrated on the heap of dishes in the sink.  Two of the girls whom Kemi’ mentored along with her little sister were chatting as they plucked out the ewedu leaves from the stem.  Kemi was herself working on the pot of simmering stew. She poured a little quantity on her palm and licked it,  nodding in satisfaction  at a job well done.  When she saw me,  she screamed in excitement and turned off the gas cooker.  We left the kitchen for her room.

‘How do you handle all of these people? ‘

Do you spend time with your family at all? ‘

‘ Of course. There are rules in this house.  Nobody comes upstairs unless it’s about a very important matter or when we make the invitation.  Our matrimonial room is out of bound to visitors and relatives and there are days we go on vacation with Esther especially in August when she returns home for the summer break. ‘

Kemi’ peered at me. ‘ Your eyes are red. Have you been crying? ‘

My eyes caught a wrapped gift on the bed.  A pleasant distraction from her question.

‘ it’s a gift we got for my mother-in-law. As usual,  I do the presentation of the gift. ‘ I raised my eyebrow.  Was I jealous?

‘Fine enough not to blow my head off. ‘

‘ I’ve been worried about you.  You wouldn’t pick my calls and after a while,  I couldn’t reach you again.  ‘

‘ Your husband has been religious with his treatment and I hear he is responding well. ‘

‘ Kike,  give your marriage another chance.  Peter still loves you. ‘

Kemi grabbed me from behind.’ You think I’ll let you go,  just like that?’

I tried to pull her away but she held on tightly.. ‘Why did you come here in the first place?’

‘I wanted a place to stay for a few days before I rent an apartment.’

‘The boys quarters is opened and it’s quite cozy.  You could stay in the duplex if you want, but I’m not sure how you will be able to deal with the noise around here. ‘

I faced her. ‘ The boys quarters is perfect. Thank you.’ I hugged her and we rocked from side to side playfully.

‘I’ll go get my things  now.’ I said as we sauntered down the stairs.

‘You should stay for lunch. ‘

As we approached the dinning table,  I saw a man sitting beside Segun, rubbing a lump of amala on the ewedu soup.  He was about to put it into his mouth when he saw me. The lump fell from his hand.  Our eyes locked.  My heart raced.

Peter stood up,  his hands smeared with soup.

I wanted to hug him.  I long to tell him how much I had missed him.  I wanted to plead with him to take me home because I was tired of running. But instead,  I walked out of the house.  Kemi followed behind.

‘ I’ll ask Dotun to clean the boys quarters.  It should be ready by the time you return. ‘

‘ Please do not rent an apartment.  I want you close. ‘

She raised her hands,  her finger pointed towards the sky. ‘ I promise,  I’ll not be a thorn in your flesh.’

As I drove out,  I wished Peter would come out of the house again so I could take a closer look at him.  He’d lost some weight obviously but his eyes still had the sparks and those sparks made my heart flutter.

What is wrong with me? How can my heart ache for a man who almost ruined my life.  No,  I don’t need a man.

I turned into Bode Lane where Wale’s house stood.  What story would I tell Wale.? What plausible reason would I give for not picking his calls? The man must have given up on me by now.  I could still remember the look on his face when I had rushed out of his house leaving my luggage behind.

I knocked.  No response.  I knocked again.

Could he have gone to see a client or was he busy with work in his study room.?

I turned the knob. It opened. I stepped in quietly and was about to call his name when I saw clothes flung in different directions in the living room. I stood there,  puzzled.  There was a lady’s dress, heels under the table, underwear on the sofa towards the wall,  Wale’s t-shirt was lying somewhere on the floor.  I tiptoed to the room and the sound I heard confirmed my suspicion.

How do I get my luggage out of his room? I stood there confused.  When I decided to check the other rooms, I found it standing beside the wardrobe in the guest room. .  I left the house hurriedly.

When I got to my new home after shopping around for a while,  I was exhausted.  At the entrance was a bunch  of beautiful flowers with a note stuck to one of the roses.  I pulled out the note.

My heart leaped the moment I saw you and I wondered again and again how God could create a woman as stunning and breathtaking as you are.  I long to take this woman out on a date.  Do I stand a chance?

I read the note a hundred times.