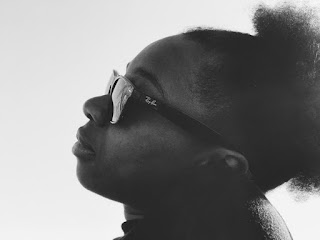 The following evening, when I returned from work, I sneaked quietly into my room. The last thing I wanted was an encounter with my in-laws. Thankfully, they were laughing and chatting in the kitchen when I walked past the living room.

In my room, I sat on the floor and reclined against the wall. I was bitter, very bitter. I hated myself for allowing my father push me to my doom.

You sow what you reap, I whispered quietly.

If I had been capable of mothering a child, my in-laws would have given me the honour due to the ‘iyawo.’ I was sure my husband would stand to my defence anytime anyday. No doubt, I brought this evil upon myself. At least I was lucky not to have ended up like Tayo.

I remember the evening we stood in front of Madam Theresa’s brothel waiting for customers. Charles, a young dark muscularly built man approached us. We all rushed him. Charles always left big tips after every session in his hotel room. I remember the light skinned waitress who always pulled in the trolley loaded with streak meat and barbeque chicken and for one moment, I would take the position of his legitimate girlfriend. Charles treated us like humans.

Whenever he showed up, we always put on our seductive self. We knew the exact time he showed up on Wednesdays and Saturday and on those days, we lost complete sense of decency.

That evening, Charles arrived in his black Jeep to the surprise of everyone. He never visits the brothel on Fridays. Had he added an extra day to his usuality?

Because we were caught unawares, we weren’t prepared. So we overreacted. I remembered Jane, the skinny igbira girl, who only get picked last, removed the small tank top she was wearing, and was close to pulling down her shorts when Charles stopped her. Business had been bad that week. Most of the girls had not made any cash and Madam Theresa, our boss, had threatened to send us away if we didn’t show up with more cash. Out of five customers who had shown up for that week, four had selected me. So I could see the envy on the eyes of the girls and the resentment on Tayo’s face.

“Kike, let’s go.” Charles smiled as he stretched out his hand towards me.

I cast a quick glance at my colleagues. I saw everything evil in their eyes. Tayo looked away, eyes full of hatred. I felt weak. I wanted the money badly, and the comfort.

I shook my head.

He frowned. I stepped backwards. I knew my job was at stake because it was a crime to say No to a customer. But I didn’t care. I was ready to sacrifice this juicy client for this night. Just for this night.

Charles faced the others. Silence. I could see hope in the eyes of the ladies who have become a part of my life.

Tayo’s face was full of smiles as she walked towards him. I smiled too.

She looked at me and whispered, ‘Thank you.’ before climbing into the front seat. Charles closed the door and strolled to the driver’s side.

I never saw Tayo after that day. Neither did Charles show up at the brothel again.

Three years after Tayo’s disappearance, news reached us that Charles had been arrested. He had been convicted of selling body parts of young ladies to one Alhaji Musa.

I stood up quickly and tried to shake off the painful memory. My throat was dry and I had completely forgotten the presence of the unwanted visitors as I marched to the kitchen. Just at the entrance, I bumped into Yetunde, Peter’s younger sister. I stared at her, shocked.

“Is this not my dress?” I screamed.

She blew the chewing gum into a ball and killed it with her lips.

I was consumed with rage. The white gown I had just purchased the previous day for the dinner organised to celebrate my boss 30th wedding anniversary was splattered with palm oil. “How dare you enter my room to pick my dress.”

I raised my hand to slap her but stopped myself. She laughed.

Mama rushed out of the kitchen. “What’s going on?”

Yetunde faced her mother. “Can you imagine, she slapped me.”

Mama’s eyes widened. She pounced on me, pulled my neck and and pushed me to the wall. Yetunde kicked my legs from behind. I landed on the floor. Bisi appeared and decorated my face with scratches from her long fingernails. I tried to stand up but I couldn’t. I was pinned down. Blows moved from my face to my shoulders to my stomach.

“Stop it.” I heard a baritone voice. My husband pulled me up and without saying another word, led me to the bedroom. He poured some water into a bowl and with a small towel dabbed at the different parts of my body. I didn’t bother to ask if he’ll finally throw the wolves out of our home. I knew he wouldn’t.

Few hours later, He came in with a plate of noddles and egg. He pulled me to a sitting position and began to feed me. I was too weak to object. As I opened my mouth to take the third spoonful of the tasty noddles, my husband cleared his throat.

“I spoke to Doctor Felix yesterday. He said, you have to show up for your injections. The fertility process must commence as soon as possible. He also told me he thinks there is hope and you can finally become pregnant.”

I spat out the content into the tray and marched to the bathroom. I sat on the toilet seat helpless. I fought back the tears, the anger, the pain in my heart.

This will be the sixth hospital i’ll be visiting. I can’t even begin to mention the numerous injections that have left me numb in the process of getting a child. I was frustrated. I was tired of my life and my marriage.

Can’t I bring peace to myself by bringing an end to this worthless life of mine?

I looked up to find my husband standing at the entrance. His hands were folded as he stared at me. His eyes spoke one word: Pity.