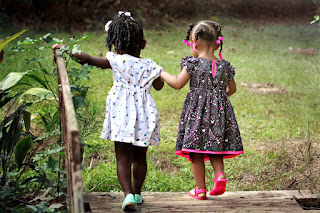 One morning, as I sat in the reception of a hospital waiting to be called in, I saw a woman with a little child(less than three years old) on her laps. In his hand was a tablet and for several minutes he was lost in a particular game that I’d seen adults play.

You know this game where a man runs and the player controls his movement, pushing him left and right as he encounters obstacles? Something like the car race game. (Biko, help me out with the name. I don’t play games). This boy played that game like an adult.

So when this week, my educator in one of the online courses I run, gave a shocking statistics of the exposure of children to tech, I almost believed Nigerian babies were exempted, until that incident at the hospital.

I  became really concerned when as part of the course, I watched the video of a toddler and her addiction to her mother’s iPad. I saw how she threw a tantrum when she was denied her request. Her concerned mother couldn’t have her child valuing an iPad over her.

In China, rehabilitation centers have been established for youngsters who are going through a certain kind of theraphy (I can’t remember the name of the ‘disease’) by isolating them completely from all media.

A research conducted by the Academy of Pediatrics revealed that the average 8-10years old spend nearly eight hours a day with a variety of different media. Television was discovered to be the popular ‘babysitter’ but computers, tablets and cell phones are taking over.

So now a child below the age of ten can comfortably find his way to YouTube(from statistics),- a place where all sorts of videos are displayed. Do you know little children are beginning to do mock sex with their siblings? True story. 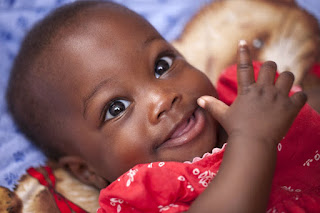 These children(whether biological or by way of mentorship)are gifts to us from God. We have been given the responsibility to keep watch over their souls. I know there is the place of prayer and intercession, but I also think we should open our eyes too and see what’s going on around these precious souls.

We can not deny the positive influence of the media on children. It has led to more active use of the left-front side of the brain(dorsolateral prefrontal cortex), multi-tasking (although this has its disadvantage- focus becomes difficult), increase in pheripheral vision(with games) and greater use of problem solving brain region.

Besides, God created the silicon, forces of electricity and the human mind required for the existence of these vast technological advancement, so its absolutely pointless to argue whether or not it is sinful. This is my concern.

Even though the cognitive area may seem to be rapidly progressing, there will be a deterioration in the emotional and interaction with the real world.

Technology should not replace physical interaction.

In the research conducted by the center of Media and Human development in North Western University, many parents confessed that the way they prevented their kids from distracting them was by handing over their mobile devices to them.

In other words, when your daughter begins to scream incessantly, the first solution is to hand him video games to watch or a movie to see.

If parents do not put their feet on the ground and say No to excessive screen time, so many things will go wrong. We are going to raise kids who will bring us shame in the nearest future.

I have not been able to make sense of this new school of thought that permits children freedom to do as they please. Imagine that two-thirds of parents in a research study had no rules about how much time their kids spent with media. Foolishness is bound in the heart of a child, it is correction that will pull them back on track. There is absolutely nothing wrong in giving rules, as long as it is done in love.

Kids need human interaction first. It is no news that children under 2 should not be exposed to any electronic device because their brain develops rapidly during those first years and they learn best by interacting with people, not screens.

A greater concern is the attack on the spiritual development of our wards. When stories that propagate homosexuality and violence have found their way into cartoons and videos created for children, how then can the hearts of our kids be turned to God.

Dimitri Christakis from the Seattle Children Research Institute says this:

Those who watch a lot of stimulated violence, common in many popular video games can become more inclined to act violently and less likely to behave emphatically.

What will our world become when we grow aggressive kids who are insensitive to the feelings of others.

I hope we don’t find our kids-birthed out of Christian homes rising to promote gay marriage or taking their stands against biblical principles.

We can not allow them to watch anything they want. Why should a child of 8 have a TV set in his room with access to change channels as he wishes. Agreed, we cannot control them forever, yet at their formative stage, with the help of God, we can plant healthy seeds.

There is no point bringing a child into this world if your heart is in your career. Why use him as a portfolio of your marital status. These children need love and affection. The world is dark.

Again, as great as setting rules may be, we should create alternatives too. Get them involved in other activities within the real world. Sing, play, take them out on outings, allow them to interact with other children. Tell them stories, pray with them, teach them God’s word. Help them develop good habits.

Our children are the future. God is counting on us to direct their lives in accordance with His plan and purpose.

P.S; Someone stated that for the first twelve years of your child’s life, keep him away from TV and as an alternative, train them to read books. I’m not sure what to make of this.