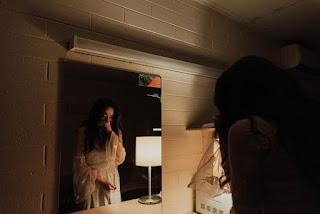 I allowed loneliness drive me into the wrong relationship.

It became a goal. I pursued it, prayed it, lived it, thought it every single time.

I was sure of one thing: I wanted God’s will. I wished so desperately that what I had before me was what God wanted for me but still I couldn’t wait to find out. I jumped right in.

Right from the start, it was messed up. Oh yes, 2 years and 8 months ago.

Right before that time, I knew the Lord was preparing and grooming me to assist someone special, to be a helper to someone and to help him fulfill purpose as he complemented me. Did you know, dear Diary that this man who is now my ex once gave me a call, before we ever even thought of a relationship and we had discussed about the future?

I remember telling him how I thought that I was taking in too much at my age and how I feel that I am being prepared and thoroughly groomed to serve a man with such a higher calling and purpose. I had told him that I wasn’t interested in marrying a Pastor even though it seemed like I was being groomed by God to assist someone of sorts.

Fast forward to just a few years later, I was already dating him. Firstly, dear diary, he looked nothing like someone who I needed to complement. He appeared more like someone I would have to groom, teach and pull up because oh boy, spiritually, he was running on empty. Financially, he was trying to find his feet, romantically, he was extremely low, low low. He was not for me. He was definitely not enough to even be at par with me not to mention, lead me, spur me on, urge me or even love me the way I would want to be loved.

He was definitely supposed to be just a friend. A friend with whom I can share things with, rub minds with, and even inspire, encourage, spur on and pull up.

Dear Diary, he was not on the same level as I was, he was still in the works, trying to define his values, his spirituality, and even his personality. I interrupted the process. I didn’t let him be the man he was supposed to be groomed into at all. No, I can’t be the one to save him, I can’t save any man from his woes but it would have been perfect to have him just as a friend to share things with.

I had bottled up so much bitterness against my father. He had made my growing up so miserable so much that I felt he was a thorn in my flesh. I was still trying to understand why I went through all of that and again I was gradually learning to process even the dysfunctional relationships I had built as a result of my childhood experiences. That’s a story for another day.

So, all of the things I wanted so badly were out of my reach. All my hopes and dreams about a beautiful relationship where I would be loved, cherished, adored were dashed and I had nothing of sorts, so painful.

Oh how I yearned to hear “you are beautiful”, everyday. “ I am happy you walked into my life”. “I love you”, I wanted so desperately to be validated, appreciated, chased, panted after. I wanted to feel like a princess, or better still, a queen. These are probably not the emphasis of a relationship, but I wanted them still.

Speaking of the majors, I believe every relationship should draw you closer to God, but mine didn’t. I struggled in my walk with God. I was pulling the weight of two people. One (me) who was definitely willing to be better with God and the other (him), whose spiritual state I couldn’t quite fathom. Don’t get this twisted, he was a worker in church, he played the piano (I relished the thought of having a man that is musically inclined so that we can complement each other. I know that I am blessed with a singing ministry which I still think is yet to fully manifest. Even at that, our relationship didn’t help me in that respect, it pulled me down).

Secondly, in the place of ministry, we didn’t quite lift and help each other. I wanted so desperately to have a man that would constantly remind me of what God has placed in my hands and admonish that I use it accordingly. I wanted so desperately to have a leader of a man. Did I remember to tell you, dear Diary that it was a long distance relationship, and it was much more difficult to create a synergy between us?

Thirdly, our communication was very problematic. It was difficult to hear him. I struggled too hard to know what he always had in mind. I just wanted to know his thoughts and hear what he had in mind. Understanding him became a project and I was as a result, very drained.

Relationships are supposed to make you happy, they are supposed to strengthen you. I constantly initiated important discussions, discussions that I hoped that he would, as the future head of the family, initiate, clarify and deal with.

Fourthly, the commitment saga. So, I thought that when a man is ready to commit to you, it doesn’t take 2 years and 8 months to know that. Every time I brought up the issue of marriage, I felt really sad.
Somehow in my heart, I sensed something was wrong. How can I be with a man who isn’t willingly trying to commit. I felt like an outcast in my own relationship.

There was hardly a week that there was no drama in my relationship. I knew little peace, I felt loved little. I panted after the kind of love I wanted. I stressed, I cried, I hurt.

Have I mentioned this to you, dear diary, that it was a long distance relationship? I did. And that I wanted him to put in more effort? And that I eventually felt as single, lonely, alone as I ever felt when I was without him?

Here was the biggest clue as to why we weren’t supposed to be together: anytime I wanted out, it was difficult to completely leave. I realized that I almost felt like dying. I was plagued with headaches and a whole lot. That was where I knew that the relationship was not only dysfunctional but not borne out of love. It was a co-dependent, self-destructive relationship. I missed it!

Why did I stay that long? Hope. Fear.

I feared to be alone. I feared that leaving him would be a wrong decision. I feared that I would not meet a better man. He was a good and nice man, I must be very honest. He played no games with me, he seemed to love me but one, it wasn’t of God. Two, he wasn’t capable of giving me what I wanted.

And so, the relationship brought out the worst in me. I was full of more grudges and bitterness. I didn’t only have daddy issues, I now had man issues. It was a bad time to be me.

I do not mean to say that there were no good times. Oh there were and they were plenty of them but they were nothing, compared to having God ordain a relationship from the start.

Dear Diary, I was desperate.

I am back to being in love with my Father and serving him the best way I can. I am back to working towards being the best version of who I can possibly be. I am back to waiting for the man the Lord has been initially grooming me to complement.

This I believe: We will be whole enough to be together when we are both ready….at God’s time.

****
Ife Grace: This space is an avenue to let out those feelings you’ve been bottling up for years. A problem shared is half solved. If you have to comment, please do not criticize or talk down the writer.

Do you have a story to share? Are you searching for a perfect place to let out those feelings without any form of disclosure? You are at the right place. Click here for more details.