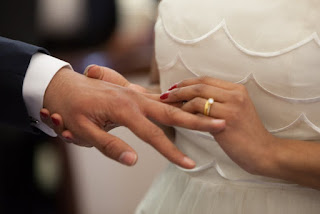 One sunny afternoon, three friends assembled at Funke’s apartment. Funke is a blogger and on that particular day she was to kick off her vblog.

She titled the video ‘Is your relationship working?’

Funke threw a big smile as she faced the camera.

‘Good morning. My name is Funke. I am your relationship coach and today I’m here with my friends and we will be talking about a very important topic. Before we go right into the topic for today, I want you to meet my dear friends. Hannatu?

Hannatu cleared her throat. ‘My name is Hannatu. I’m a pharmacist and my stomach is full right now because I have so much to talk about.’

Funke laughed and turned to Bimbo.

‘Call me Bimbo and except you are a close friend, don’t call me FC. I’m not going to tell you what that means.’

Hannatu stood up from the sofa. ‘I will talk. FC means-‘

‘What’s the big deal. You should be proud of yourself.’

Funke put her hands on her waist. ‘And Cute.’

Hannatu turned to Lola who was sitting at a corner watching in silence. ‘Over to you Lola.’

‘I’m not done yet.’ Bimbo announced, crossing her legs. ‘My parents are missionaries in Chad and I work in a small firm on the island. I am engaged to a fine young man. His name is John. ‘

‘Like John the Baptist.’ Hannatu winked. Bimbo pushed her away playfully and turned to Lola. ‘Now you can take the floor.’

Lola hesitated before speaking. This was the best time to drop the bomb. ‘My name is Lola and I am in love with an alfa.’

‘Stop that video.’ Funke said to her brother.

‘What did you just say?’ Bimbo asked, her eyes on Lola.

‘You heard me. I’m in love with him and I’m going to marry him.’

Funke paced the living room. ”What is wrong with you Lola? I warned you about your closeness to this guy.’

Hannatu looked at her friends puzzled. ‘What’s alfa? What does it mean?’

‘How do I explain this,’ Funke started, thinking of the right words to use. ‘It’s a yoruba term. Just like you have pastors of churches, or let me put it in this way, a Muslim scholar.’

Hannatu eyes widened. ‘Are you talking about Abubakar?’

Funke grabbed a stool and set it down directly opposite her friend. ‘Lola, I warned you. You are a disciple of Christ, you can’t be-‘

Lola stood up, furious. ‘What is it sef?  How can you sit there and judge me. This guy cares about me much more than those your christian brothers. Didn’t you see what Chuks did to me?  Abubakar and I know how to sort out our differences. He is a very nice person if you get to know him well.’

The three ladies gaped at their friend, loss for words. They knew how Chuks had hurt her so badly that it had landed her in the hospital. They still couldn’t understand how a christian tongue-speaking brother could propose to a lady and just weeks to his wedding, he was walking down the aisle with another sister. He defended himself by saying the lady he had married was the actual ‘will’ but when she wouldn’t give him a positive response, he had gone with Plan B. Plan A later agreed to marry him and he didn’t have a choice but to leave Plan B. He had ended his letter to Lola by saying he was sorry but his happiness was what mattered most.

Outside Funke’s flat, Lola folded her hands and tried to calm her raging emotions. Abubakar was waiting for her at the junction and if he saw her in this state he wouldn’t let her rest until he got out the truth. As she walked towards the junction, she could still see the shock expression her friends had on their faces.

I can’t be wrong, Lola thought. Who knows, maybe God wants to use this as an opportunity to win him over. Abubakar is a loving man. My friends do not know him.

Abubakar smiled as Lola entered his car. He looked really handsome and his eyes shone brightly.

‘I have missed you so much.’ he said, hugging her. ‘Mum asked me to give this to you.’

Abubakar took a nylon from the back seat and handed it to her. She opened it to reveal a lovely silky gown.

‘This is beautiful. She is back from Mecca?’

Abubakar nodded. ‘Can you wear it for me tomorrow when we go to see Mustapha’s family.’

Lola nodded even though the last thing she wanted was a visit to another of Abubakar’s friends. When they had gone to Aminu’s house the week before, she had been so uncomfortable because she looked different from the others.

Abubakar held her hands. ‘I really love you Lola. I’m so glad that you are keeping yourself for our wedding night. I’m doing so too. I love abstinence and I am ready to wait.’

Lola’s heart swelled in love for this man. What love could be truer than this.

Even if it means eloping with this man, I will do it, she muttered.

‘I love you too Abubakar.’

‘Let’s go have fun girl!’ As he started the engine, he suddenly remembered something.

‘Oh! It’s time for prayers. You know what, we will go out after the prayers.’

‘Don’t worry. We can fix this for another time. Let me take a taxi home.’ The truth was that Lola wanted to be alone.

‘No, I have plans for us today. Our prayers do not last for too long. I should be done in no time.’

When Abubakar pulled in front of a large mosque, he handed Lola a white veil. ‘Use this.’

‘Why? I’ll just wait here until you are done.’

Abubakar’s smile disappeared. The angry expression on his face sent a chill down her spine. She had never seen him this way.

‘You will do no such thing. The ladies have been dying to see you especially Khadijah. Come, let’s go in.’

Lola wrapped the veil around her face and followed Abubakar inside. As they walked towards the building where the ladies usually have their prayers, a light skinned lady with a beautiful face came out.

Lola looked around, her hands trembling. God, what am I doing here?

Khadijat shook her hands. ‘Good to finally meet you. Abubakar has said so much about you.’ She said, grinning and revealing two golden teeth.

Lola mirrored her grins and stood there quietly.

‘I have to go start the prayers now.’ Abubakar said. ‘There is a chair at the back of the building where she can sit until the prayer is over. Khadijah, take care of my girl. I need to go now.’

When Lola heard the strident prayers nasally intoned by the man she wanted to spend the rest of her life with, she almost fainted.

People were trooping into the mosque and Khadijah quickly introduced her to some of the ladies before taking her to the place she was to wait for Abubakar.

‘Why did that lady hiss when you introduced her to me?’

‘Oh you mean Hadiza. Don’t mind her. She has always wanted Abubakar but he never gave her as little as a glance. Sit here and wait. I’ll introduce the other ladies to you after the prayers.’

Lola kept her hand on her chin. ‘ how did I go this far Lord? What am I doing?’

When the prayers ended, she walked back to the car with Abubakar. He was so excited. Lola tried to march his excitement but the sadness that weighed on her heart crushed her smiles. Abubakar didn’t seem to notice for he drove out of the mosque whistling and telling her how much his friends liked her.

‘Abubakar, there is something I need to tell you.’

‘Can’t that wait until later?’

Abubakar pulled out of the road and stopped a foot away from a dark man in thread bare clothings who was sprinkling water over his carrots and cabbages. Abubakar met her gaze, patiently waiting for her to speak. Lola turned her face away and looked out of the window.

‘I can’t go on with this relationship.’

She faced him. ‘I love you so much Abubakar. You are a wonderful person. But we are different.’

‘But does it matter? Isn’t love enough? We love each other and I have told you, I will not stop you from practicing your religion. You can serve Allah the way you choose to. Or is this about my father? He will come to love you. Just give him some time.’

Tears rolled down Lola’s eyes. ‘You will not understand Abubakar. I want to wake up every morning to pray with my man. I don’t want my children confused on what side to stand. I want them to grow up in a christian environment. I want to share scriptures with my husband and read the bible together with him. I want to share in the vision to expand God’s kingdom. I want a man who follows Jesus. Abubakar you will not understand. I’m very sorry but I cannot go on.’

She opened the door. Abubakar held her hand. She saw that his hands were trembling. Her heart broke to see tears welling up in his eyes. But she hadn’t felt so much peace as she did now.

‘What am I supposed to do without you? Let’s sort this out. I love you so much.’

Lola swallowed hard. ‘I had  a wonderful time with you but marriage is a different ball game. I’m sorry Abubakar. I’m really sorry.’

She pulled his hand away and ran out of the car. The tears were still streaming down her face when she boarded a bus home. In the bus, she looked back and saw that Abubakar had not moved from the place she left him.

Funke and her friends were having lunch when Lola walked in. They rushed to hug her.

‘I’m sorry I made you upset. I was just looking out for you.’ Funke said as she led her to the sofa.

‘I know. I’ve ended the relationship with Abubakar.’ She announced and began to cry. The three ladies wrapped their hands around her, saying words of comfort to her.

Lola wiped the tears from her face. ‘I guess your first video has been uploaded.’

‘No, we can’t run that video without you.’

‘Can we still do it today?’

Funke’s eyes brightened. ‘ You mean you’ll still do it with us?’

Lola stood up. ‘I need to be alone for a while. Let me know when Dare is done setting up the camera.’

She walked into Funke’s room as a fresh batch of tears came running down.

******
Ife’s Notes: Is love enough reason to  say Yes to a marriage proposal?

I remember having a similar discussion with a christian friend back in law school and she was of the opinion that It could be an opportunity to bring the other party to Christ.

I also need to ask this, the great marriages between unbelievers who after many years still seem to deeply love each other, should that be our standard to prove that Christians can marry unbelievers?

Surprisingly, this is still a big issue among many Christians…is love really enough?