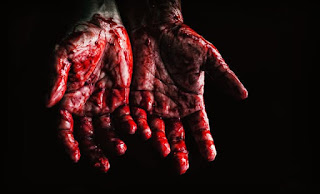 One evening, I sat in the living room, listening to my mother’s friend tell stories about their survival in the city. We live in the north, a place where bombs fly at will and men shiver in fear. Among all the stories, there was one in particular that caught my interest.

It is the story of Aminu, a Muslim convert who had come to my church from intense persecution.Now at the time this incident took place, the city was facing explosions of bombs and the Christians who wouldn’t pursue any means of escape spent time praying regularly and asking God to bring peace to the city.

On one of the prayer vigils, Aminu was within the vicinity of the church and no one would have suspected anything evil to occur that night. At the end of the prayer or so, someone walked into the building opposite the main church auditorium and suddenly found Aminu in a pool of blood. He quickly called the others. That was how Aminu was rushed to the hospital.

Hear the unbelievable part of this story. The doctor who examined him could not find any cut on his body. The only thing that was noticeable was his loss of physical strength. So where on earth did the blood come from?

That was how Aminu narrated how he had been attacked that night by some persons and that as they began to slit his throat, his eyes got opened to see a lamb being slaughtered. Afterwards, They called his name, obviously thinking he was dead, but he responded. Scared, they fled.

I didn’t make up this story. It happened at a location I am familiar with and a church I attend. This further gives me an assurance of God’s faithfulness and love for His children. It proves to me that God watches over His own.

God may seem not to make sense to us especially during difficult times and days when we crave explanation for certain mishaps that befall us, but I tell you, nothing happens to any of His children without His knowledge.

As we step into the month of February, may the Lord grant us the grace to trust Him, the strength to commune with Him more and the heart to follow His directions.