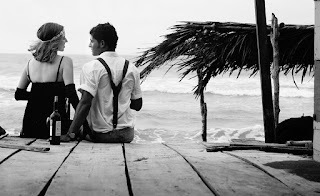 I  was twelve when I had my first boyfriend. He was tall, dark and introverted. I didn’t really understand why I went into that relationship but I felt it was a cool thing to do. Although, now that I’m reminded of the incident, I think I had self-esteem issues which I thought could be handled by hooking up with boys.

The relationship started on a platonic basis-two passionate teens- having a deep connection with each other but after some weeks, under a tree, I had my first peck. Was I able to sleep that night? Something exciting had been released from my body. And then it graduated to kiss and romance and who knows it would have gone deeper than that had I not been restricted by my parents. We broke up after a few years, and I got into another relationship, then another till I finished secondary school education.

So yesterday, when I listened to a talk given by a woman to some teens and the reoccurring statements like, ‘don’t play around with boys’, ‘you must not have a boyfriend’ hit my eardrum, I remembered my teenage days and the continuous reminders and threats at church meetings…

I wasn’t even allowed to talk to a boy talkless of starting any kind of relationship. For us(my friends and I), the more the rules were breathed upon us, the stronger our desire to date became..and we dated the church boys.

Our local assemblies screams ‘Do not date!’ yet the media put their ‘Date!’ in a very interesting and attractive manner. How on earth would a teen watch ‘One tree hill’ and not want to have a boyfriend. ‘Boys over flowers’ nko?

So should Christian teens be allowed to date?

I do not usually give a direct answer. I prefer to look at the issue from this perspective

This is the question I asked one of my teens who sent me the picture of this beautiful girl he wanted to date. Now, this is my approach with older teens between 16 and 19. For goodness sake, that’s the current age bracket of students in the university and I think it is baseless to simply give them the ‘Flee!’ rule and leave them wondering why they shouldn’t have a girlfriend.

Even for the young teens, it is fine to let them know how one-on-one dating could emotionally affect and make them lose focus, but it is more profitable to place before them the second point stated below.

2. You can have healthy relationships with the opposite sex.

While I was teaching in a secondary school, I got really close to one of my students. At that time he was about 15 years and he introduced me to a girl he really liked. As we interacted, I discovered the relationship was borne out of friendship. But then, I understand the power of emotions and so I drew both of them into the bible discussions we had weekly.

As we studied, we talked about emotions and guarding our heart and cons of too much intimacy and general issues concerning developing our walk with Christ. Then one day, their class teacher ordered that the girl pull away from the meeting. I was upset. I couldn’t understand why she would think every friendship with the opposite sex was dangerous. I tried to convince her that there were not the only two in the study group but she firmly refused. The girl walked away from the group angry and bitter. But guess what, I discovered that most times when this boy visited me at the staffroom, he couldn’t stop talking about her and how he had begun to feel whenever he saw her during prep. Her name just kept resounding in my ears. I didn’t want this to affect his studies and so I spoke to them  separately.

When you begin to raise unnecessary dust over friendship between teens of opposite sex, you will actually be igniting fresh fire. (The strength of the law is sin.)

Let them interact. Allow them to make friends with the opposite sex. Let there be some form of group activities among the teens. Encourage the inclusive dates- friendship in groups- rather than exclusive one-on-one relationship. Let them understand how their bodies work. Teens are not dummies anymore. That sex can lead to pregnancy isn’t scary news to many of them.

Be friends with them. Let them be able to tell you whom they are romantically involved with(Yes, they can.). Even if they turn deaf ears to your warnings, they should still be able to speak about their failures knowing that you will not push them aside or condemn them.

I understand that as parents, having control over teens is important. There can be discipline without being dictatorial. Firmness can be done in the spirit of friendliness.

For teens who do not know Christ, we should be more interested in their hearts. They need the new nature too.

Teenagers make mistakes just like adults. They  are growing and there is so much perverseness that they have to contend with. Some will not listen to you but the seed of love and prayer sown in their hearts will germinate soon. Keep faith.

While they may be insisting,without our knowledge, on throwing their emotions in ways that displeases God, we can continue to feed them with God’s word, to pray for them, to expose them to the opportunities available to them, to identify their talents and search for avenues to hone their skills.

I wouldn’t encourage my teens to date. Instead I’ll let them see that they can build long lasting relationships as friends (not ‘special friend’). I’ll teach them the power of emotions and how it can greatly affect their future.