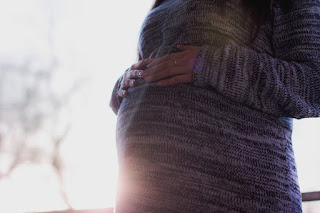 Three weeks after Shade’s reappearance, she still couldn’t utter a word. Our trips to the prayer houses didn’t yield any result either.

“No more deliverance sessions! Let’s go home.” Mum barked as we stepped out of Pastor Kalejaiye’s prayer house. The bug-eyed man had assessed us the moment we entered the room that served as his office and prayer room. Right then I knew we had stumbled on another hungry man.

“Your daughter has twenty-two demons.” He stated, his large lips twitched in amusement. Our eyes were wide with horror.

I was frustrated and angry. Why won’t God just do something. Pastor Jerry, the widower, who ran our local assembly had visited for the first two weeks and gradually he had stopped coming.

“We need to carry out 40 days of prayer and fasting. It is a rigorous process I tell you.”

I glanced briefly at my mother. Her hands were on her chin as she maintained her gaze on the short pot-bellied pastor. He stood up slowly and dragged his feet to the edge of the table.

“To remove each demon will cost 5,000 naira. Those demons are tough mehn.”

My mum stood up.

“Why are you leaving? OK, let’s bargain.”

He pleaded with us to strike a deal with him. The way he pulled mum’s hands reminded me of the boys that stood along Yaba market, trying helplessly to persuade passers-by to pay a visit to their shops.

When we arrived, Lekan, Chuks and Segun were standing at the entrance of the house. None of us said a word as we entered the house. As Mum walked past Lekan to her room, I remembered that I was yet to narrate the complete story of our escapades with Lekan and Segun and I wondered if it was necessary. As far as she was concerned, the two visitors had help search for her daughter and the only way to pay them was give them a place to stay, even though Segun finally ended up staying with Chuks. If only she knew that, some months ago, Lekan had been released from the prison after serving a seven-year jail term.

I resigned from my job as the assistant admin officer in the government parastatal because I  wanted more time with my sister and her business.

“Shade’s birthday is in two days.” I announced. The three of us were sitting on a blanket in front of the house, munching chicken sandwiches. Lekan jumped to his feet and pulled Shade up. Then he began to twirl her around gently. She smiled, her eyes lit with fire.

Lekan. He knew how to light that fire. There were days he would sit beside her for hours, singing while she stared blankly into space. Another time, when Shade’s nightmares had been more frequent, he would rush out of the boys quarters and into the main house. When we tried endlessly to calm her fidgets because she kept running away from an invisible man, Lekan took a firm grip of her shoulders and began to talk to her in whispers. Quietly, she relaxed.

I looked at Lekan, puzzled.

He nodded. “It’s been a long time though. I can give it a try.

Lekan did more than try. I stood speechless as I assessed the finished product.

” This is beautiful. But why did you end up a criminal?”

Lekan smiled, wiping his hands on a rag.”Let’s say I got greedy.”

I wanted more explanation but mum walked into the kitchen. “Who did this?”

I pointed at Lekan.

“You are so good with your hands. Don’t you think you should help Funmi out with Shade’s catering business?”

“I was going to say that.” I muttered quietly.

“Not anymore. Since she returned from Jide’s place, things have changed. For now, I handle  two of the locations and I really will use some help.”

That was the beginning of the Lekan’s pursuit of a long lost dream. Never have I seen an excited man work with zeal and passion. I almost cried the day I watched him teach my sister how to make batter. The expert has suddenly become an amateur.

One sunny afternoon, I walked into our usual spot at the veranda to find Lekan reading from a Bible. I was taken aback.

This must be nothing but deceit. Sheep in wolves clothing. How dare an ex-convict pick up the precious book.

I sat quietly beside him. He was reading John 19. Shade’s didn’t take as little as a glance at me. Her attention was centered on the reader. A pang of jealousy hit me.

Chuks and his niece approached us. Pleasantries ended, they sat beside us and flipped through their Bibles.

“What’s going on?” I asked Chuks. Lekan raise his head.

“We’ve been doing this every Saturday afternoon. We have your mum’s approval.”

“I did. You must have forgotten.” He said quietly. “By the way, why didn’t you go for your French lessons today?”

I ignored his question and faced Lekan. “Do you know the Lord?”

Was that sneer in my question necessary? Why was I suddenly judgemental?

Lekan sighed. ” A couple visited us at the prison last year and their words struck my heart and I surrendered my life to Christ. But when I got out of the prison, I had no family to turn to. I had plans to pick up a job and later proceed for my HND, but my plans didn’t work out as expected. So I returned to my old life. But after I watched my friends gun down that day, I vowed never to leave Jesus.”

I nodded quietly. He picked up the Bible and continued to read.

“After this, Jesus knowing all things were now accomplished, that the scripture might be fulfilled, saith ‘I thirst.’ Now there was a set a vessel full of vinegar, and they filled a sponge with vinegar and put it upon the hyssop, and put it to his mouth.”

Lekan continued. ” when Jesus therefore had received the vinegar, He saith, ‘It is finished’and he bowed his head and gave up the ghost.”

Segun jumped to his feet. ” Why did he die? This doesn’t make sense. He has powers for goodness sake?”

It took an hour for Chuks to explain the story behind the cross and the reason for the resurrection. Segun quickly turned to the next chapter and began to read silently. A tear dropped from my sister’s eyes. Her lips were trembling. She blinked her eyes. I met her gaze and waited.

We stared in utter astonishment.

I ran speedily into the main house.

That night, shortly after we popped wine and devoured chunks of fried meats, Shade went into labour.

Three days later, we were still pacing round the hospital corridor, patiently waiting for arrival of the baby. Surprisingly, the baby refused to show up and when I saw Doctor Titi hurrying towards Dad, I sensed that something was wrong…

Episode 9 comes up next.