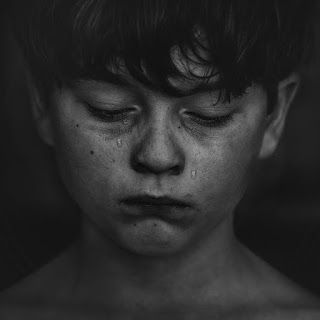 I tell my story anonymously but the events I am about to narrate are my own personal experiences as I recall, though not very clearly as they had taken place at an early age.

I must have been about 5 or 6 years old, I can’t really get the exact dates in my head. I grew up in the village and though I attended the school in my village, I couldn’t really read and write because my school taught us in vernacular(i.e Tiv language). My mum is a headmistress in a public primary school and she would often leave me in the care of a lady who was our distant relation.

I often followed her wherever she went. We would go to the stream to fetch water or to the bush to fetch firewood and she would lead the way while I trot behind, half naked.

As would be expected, I grew to be very fond of her and at a time I childishly attempted to keep other boys away from her. One night, some boys came to where we stayed. It was obvious that they had no cynical malicious intentions, but as we sat outside, I threatened to scream if they didn’t go away and funny enough they took to their heels.

She was beautiful and jovial. No wonder, most of the boys in my village couldn’t resist making those moves towards her. We often called here ‘aseese’ (meaning laughter). She looked harmless outwardly but after my experiences with her during those nights, I have come to know her true nature better than anyone else.

The first of those nights that I remember, we had gone to sleep in our grandmother’s hut. When my grandmother stepped out of the hut for her usual prayers, she lifted me from my position and placed me on top of her. Then she led me into her and at some point, she rubbed petroleum jelly on my private region. That night formed the beginning of my craving for sex.

Sometimes I wonder if those experiences were responsible for my affinity towards any beautiful girl as well my uncontrollable sexual urges. But again, even though I have never shared my experience with my mother, I’ve learnt not to blame or hate anyone for my past. Thank God I met Jesus on the 10th of July this year and got baptized on the 20th. God has begun to do a deep work in me.

I’m 20years old and presently a student of a University located in Asia. I have cried out to God and He has not disappointed me. I’ve stopped watching those nude pictures and I’m gradually putting the past behind me. It’s more challenging now that I’ve stepped into a different environment and darkness has approached me once again. But I’m trusting, believing and praying to see the beauty beyond this present life.

It’s true that many unsuspecting parents trust their kids into the care of aunties or uncles without the slightest clue of the perverse desires that often underlie the outward characters of such persons. Worst of all, they never even get to learn about what happen to those kids who have become all grown up because in the long run such experiences turn out to be their own little secrets. It isn’t our fault that we had to keep such stories to ourselves or divulge them only to our close friends. We can’t stand to see the disappointment on the faces of our parents.

For those struggling with issues like mine, I would say this; What people do us is their sins. But the things we do to ourselves and to others are ours. We have a chance to pattern our lives in the right direction.

*********
Blogger’s note: Thank you so much for sharing your story. One thing I know is that you will stand strong as long as you remain opened to God. It’s a gradual process, just like a child who through regular feeding develops strong bones and begins to crawl, walk and then run. God will keep you strong. I’m praying and believing that God who has started a deep work in you will complete it.

Dear Parents, May God keep all our children from the pawns of devil’s agents in disguise who seek to destroy the lives committed into our hands. We can’t afford to be prayerless where our kids are concerned. We also can’t leave them unattended to, no matter the demands on our jobs or career pursuit. They are the heritage of the Lord. May the Lord give us wisdom and guide us aright on how to build their lives.

For any person out there who is still bitter from any painful childhood experience, and somehow, out of anger or wrong exposure, you’ve gotten so deep into drugs, pornography and sexual pervasion, you must realize that you are personally responsible and accountable for the way your life eventually turns out. You have a choice to remain in that state or to step into complete deliverance and peace. Jesus seeks to take those pains and release freedom and boundless joy to you.

For prayers and counseling, please send a mail to storyoutlook@gmail.com