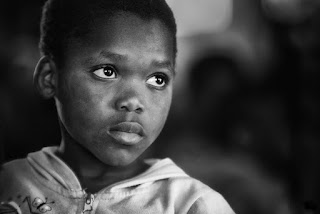 I screamed as he held me against the bed and entered into me. I had just turned six some days ago. The pain was intense and as I tried to push him away, I felt exactly the same way when I had tried to lift up the dining table some weeks back and so I lay there numb. When he finally came off me, he spat on the ground, pulled up his trousers and left the room in a hurry.

I continued to stare at the ceiling, my chest moving up and down in quick inconsistent beats that came from excessive crying.

I still had my face up when he walked back in.

Sarah! He called out. I didn’t respond.

He called my name again and as if my crying button was suddenly powered, I broke into a loud wail. He ran quickly to me and pushed me over roughly, pulling off the bedspread smeared with my blood. I continued to scream. He slapped me. I stopped screaming.

“Listen to me. If you tell anyone about what happened here, I will kill you.”
he barked, his big eyeballs boring into mine.

I heard screech of a car directly outside the window. He quickly covered me up with a blanket and ran out. I could hear the door open and I knew my boisterous and cheerful aunt had entered into the house. Her laughter was already ringing out loud and clear.

Aunty Dupe walked into my room holding my favourite strawberry ice-cream. Her husband followed behind, stretching his head to get a better view of my face from the door. Finally he walked in and stood beside her smiling plastically.

She climbed the bed and gave me a peck on my cheeks.

“I brought you your favourite ice-cream.”

My uncle couldn’t take his eyes off me. He just stared and stared at me. I remained mute.

“What’s wrong with you?” She touched my head to feel my temperature.

“Sarah is not feeling too well. She’s been on the bed since morning.” I looked at my uncle and thought what a professional liar he was.
“I will make you a cup of hot tea.” She walked out briskly.

“Now you be a good girl.” Uncle Richard pointed at me and crawled out quietly.
I couldn’t eat anything that night. Aunty Dupe was worried.

As she dragged me to the bathroom for a shower, I screamed. Now she was concerned.

“What happened to you?” I just stared at her. She took me back to bed and then noticed the bedspread she had laid that morning was gone.

“Where is the bedspread I laid this morning?” My lips didn’t move. She picked another clean bed sheets from the wardrobe and laid it before putting me to bed and covering me with the blanket.

Within minutes, I was on my way to dream land. That night I saw my uncle followed by six men, all dressed in black, approaching my bed. I screamed.

The sweet voice I heard woke me up the following morning. I opened my eyes to find my mother sitting beside my bed. I stared at her.

I continued to stare. My mother stood up from the bed puzzled. My father also walked in, ran to me and hugged me tight. I didn’t respond.

Mum just kept looking at me. I knew she could sense that something was wrong. There was a strong connection between the both of us, a bond so strong that it crossed the normal mother to child relationship. My father pulled me gently out of bed and I spread out my legs, limping. My aunt and her husband at that moment walked in.

“Dupe, what happened to my daughter?” my mother asked, clearly worried

“I’m surprised myself.” I came back from the market yesterday and saw her in that state. My husband said she was in bed all day.

My mother turned to me, ready to get to the end of this. That’s how I know her. She wouldn’t give up. She sat on the ground and pulled me in front of her. She tried closing my legs but I let out a loud cry.

“Angel, what happened?” I could see tears forming around her eyes. I remained silent

“You know you can talk to me right? Mummy loves you and will keep you safe. When did this start?” I just stared at her.

She felt for my thighs and I quickly pushed her hand away. Just then, Uncle Richard stood behind my mother as my mouth began to form some incoherent words. I looked at him and the fear in my eyes returned. My mother quickly followed the direction of my eyes and saw her brother-in-law staring at me. In a flash, she got up and slapped my uncle, holding his shirt.

“What did you do to my daughter?”

Another slap as tears ran down my mothers eyes. My Father tried to pull them apart and my aunt was already furious.

“How dare you accuse my husband falsely? Are you out of your mind Shade? How can my husband sleep with your daughter, a six year old girl for that matter?”

My mother’s face was covered in tears.

“Dupe I trusted you with my daughter for just a week.”

“Get out of my house!”Aunty Dupe screamed.

My mother knelt before me and kissed me on my cheeks.

“Angel you know I love you and I will keep you safe from this man. Tell me, what did he do to you?”

My mouth suddenly let loose and I began to narrate how he would put his mouth to my tongue and touch my thighs and how he dragged me from my homework to bed that night. I had not finished talking when my father pounced on him. My aunt just stood there speechless. I hid behind my mother, afraid my uncle would kill me but then I felt a soft hand grab me up and press my head to her teary face. Without saying another word, we left the house.

The nights that followed came with nightmares as I saw my uncle appear severally at my window, threatening to kill me for speaking out. Each time I screamed out, I had my mum by my side praying. Over the years, I became familiar with the pattern of waking up in the middle of the night to find her on her knees, her eyes lifted upward. She and my father would place their hands on my head and pray, calling out my name and speaking soothing words to my ears. I felt safe but I still couldn’t talk much. I had moved from the fun-loving, charming
damsel to a melancholic reserved chap.

The three weeks I spent at the hospital had her by my side. It was later I came to know from my Father that she’d quit her new job after that incident. I began to heal gradually.

That was some thirty years ago. Now I am a mother with three wonderful kids and as I sit in my study room, writing this short article which I hope to present tomorrow at the Christian Mothers Conference where I have been invited as a guest speaker, I can’t but recognize the roles of mothers in the life of their children. I wouldn’t have gone far without her love and nearness during those trying days.

As she has passed on the spirit of true motherhood to me, I am hoping to do the same to my daughter who interestingly will turn six tomorrow. I will show her all the love I can give and I will be her best friend and confidant. And just as my mother has done, I will give her a voice.