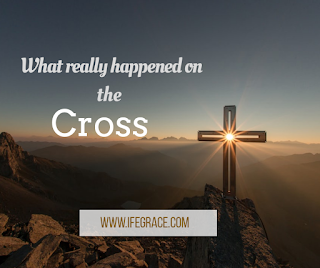 Oga Gbenga hit me on my right cheek, then on the left, and right, and left again. I staggered and fell to my knees in the small, slightly-lit room where we were, my eye fixed on the heavily built policeman in a stinking over-sized black uniform. His breath reeked of alcohol.

I longed to strangle him. To watch my dagger slide through his pot belly, in lines so straight and perfect.

“You are a moron. You will not get away with this.”

He ordered the men to carry me to the wooden table at the far end of the room. The whip descended on my back till I passed out.

“Jide Oladimeji, On the fifteenth of January….”

I was standing in the dock when the court clerk began to read my charges. I took in the small room, my eyes leveling with the men dressed in red overall, their eyes fixed on the court clerk. The room was packed full.

As I tried to concentrate on what the clerk was saying, I wondered why this particular court room looked so different from the ones I saw on TV. Why wasn’t the judge wearing a wig? Why was she dressed in a red shirt with a black bow hanging on her neck.

The judge banged the table with a long metal stick, bringing me back to the present. I stared at her stern face, knowing that the verdict wasn’t going to be in my favour. I was going to die.

Through her round spectacles, she stared at me for what looked like eternity. “You are hereby sentenced to death by hanging.”
Everyone stood up and clapped. Their faces were full of smiles. Someone whistled.

I looked around, puzzled. What sort of merciless creatures were these? How could they be so happy that I was going to die? I cursed under my breath.

Two men walked gallantly towards me. You would think they had come to take a prize they’d been waiting for.

My throat was dry. My heart raced. They were just two steps away from me when pandemonium broke out.

Everyone including the judge bowed as a tall man in sparkling white walked towards the judge.

“What brings the Honourable Prince to my little courtroom?” the Judge asked, allowing the spectacles slide to the edge of the table. Her hands were trembling.

The man handed her an envelope. He glanced my way and our eyes met. His eyes were soft and compassionate as they held mine. When I returned my attention to the judge, I noticed a frown creased her face.

Whatever the content of that letter was must really be important, I thought.

The Prince didn’t take his eyes off me as he walked towards me. The two men who had come to take me bowed as they made way for him. My heart thumped.

Had he come to rescue me? Would he set me free and clear my name? All eyes were now turned towards the dock as he stood in front of me. Everyone gasped as the Prince removed the golden crown on his head and began to pull off his white overall.

“Give me your garment,” he said.

I stared at him shocked. “What?” I cast a quick glance at the judge. She turned her eyes away.

I obeyed. I pulled off my black prison outfit with my name inscribed on it and handed it to him. I felt naked, having just my singlet and shorts on. Gently, He pulled me away from the dock and stepped in. After he had put on my outfit, he turned to the judge,

The Judge returned her spectacles to her large nostrils and began to read out the charges that I had committed.

Is this man insane? My mind screamed. I waited to see if he would object to any of the charges read against him, but he stayed mute.

“You are hereby sentenced to death…”

Was this a joke?

I watched as the men grabbed him and led him to an empty room where a rope dangled from the ceiling. Peering from the window, my eyes soaked with tears as I watched his frame swing from side to side. I stood there cold and silent.

Someone tapped me. I jumped, turning swiftly to face the intruder. A small man was looking up at me, holding a white robe.

He smiled faintly as he handed the robe to me. I took a long glance at him.

“Wear it. It’s yours now.” my gaze moved from the white dress to the man who was now walking away from me.  I put on the white dress and suddenly felt an overwhelming desire to jump and laugh.

I ran to the hill just across the court room and stood on the top.

“I am free!” I screamed at the top of my voice.

I rubbed my face with my hands.  Where am I? Where is my robe?

I blinked thrice. There were stubs of cigarettes and empty bottles of beer scattered around me. Tayo, my wife sat on the bed, adjusting the gele on her head.

“Honey, your food is on the dining table. I prepared fried rice and chicken, just the way you like it.”

I nodded, still trying to get familiar with my surrounding.

“I have to go now. I’m almost late for church.” Tayo leaned towards me and touched my cheek “I love you.”

I held her hand. “Baby, yesterday, you said Jesus died for me on the cross and he took my sins so I can be reconciled to God?”

Tayo looked at me puzzled. She pushed her handbag aside and sat comfortably on the bed with her legs crossed.

“Yes dear, that’s what I’ve been telling you all these years. When Adam ate from the tree God asked him not to, he lost connection with God and it affected all the generations that came afterwards.

‘Honey, every man has the sinful nature by virtue of the fact that we are Adam’s descendants but God provided a permanent solution by sending his son Jesus who was the only one qualified to end this problem because he is sinless.

‘ He took all our sins to the cross, died with all of them and on the third day he rose again. All we have to do is accept the eternal life he gives to us.  Isn’t that awesome?’

****
…and that he died for all, that they which live should not henceforth live unto themselves but unto him which died for them and rose again…2 Corinthians 5:15

This is the best decision anyone can make. Christ has already paid the penalty for us. He took our sins in his body so we can have life abundantly. All he requires from you is to accept him as your Lord and personal Saviour. If you believe him today, He will save you from eternal condemnation and give you eternal life.

For us who have come to accept Jesus and His finished works;

The cross is the power of God!

Thank God for the cross.