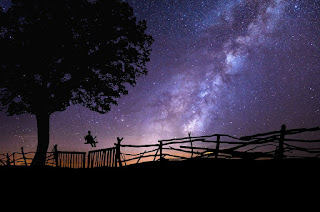 Throughout my secondary school days, my father never bought a television set, not because he couldn’t afford it but my church had thought it a distraction and banned members from possessing one. So I would either sit before this big black radio set

placed on a stool in the living room and listen to the weekly BBC radio drama, conjuring images in my head to fit the characters or lay on my bed engrossed in novels, giving faces and body structures to characters in the stories.

I was particularly excited during the ‘film-gisting session’ at school where I met Liz Benson, Omotola, Genevive, Sandra Achumes, Ramson Noah, Emeka Ike, Chioma Chukwuka, Olu Jabcobs, and the troublesome mother-in-law called Patience. I loved films like, Power of Love, The conspiracy (…singing, ‘You and I will live as one’…), Glamour girls, Nneka the pretty serpent, Carashika, etc. (You should be familiar with these names if you belong to my generation)

There is a day I will never forget. I was in SS2 when someone narrated in details, a very recent movie to me. I cannot remember where exactly the narration had taken place but when I got to school that day, I was ready to take over the session. (At least for the first time, I could be an active participant.)  As it was a new movie in town, they were eager to listen. That was how I began to narrate a movie I never watched.

You will not believe that for over thirty minutes, my classmates remained seated. staring at me as if I was a television screen while I gradually took them scene by scene, describing every little detail, expressing the emotions in an overwhelming manner and offering a smooth sail at the conflict stage.

The school bell rang signifying the close of the school day but their rapt attentiveness geared me on. When I ended the story which was a combination of the story as I was told and my own spicy imaginary addition, they stood up, chatting, happy to have heard a good story and never realizing that I didn’t for once see that movie.

Another time, I narrated a story to two of my friends, who gasped with surprise after I informed them that the story was all imaginary.

I have come to realize, that even though story telling has been an aged- long activity where children in threadbare clothes sat before an old woman and listened to the repeated tale of ‘how the Tortoise got a rough shell’ or ‘why the lizards nods its head’, stories have remained relevant even in these modern times. Switch to your DSTV and you will find out that stories cover 90 percent of the satellite content. Movies, Soap Operas, Cartoons, Novels, Reality Shows, News reports all use the medium of storytelling to pass their message across.

Even the Bible records that Jesus, the Son of the most high God, told about one hundred and sixty seven stories in His three and half years of ministry. Surprisingly, he gave the reason why He tells stories. Listen to His words:

“This is why I tell stories. To create readiness, to nudge people towards receptive insights.”

Pass your message to those children, adolescent, teenagers, youth, adults by embedding it in a story, you’ll be surprised at how long that message will stay on their minds.