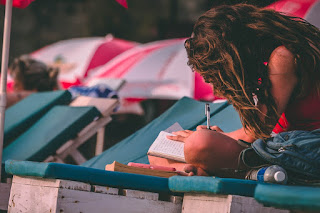 Many times when I sit under a preacher and he says, ‘And God told me…’ or, ‘I heard God clearly when He said…’ I wonder how this communication happens. Does God speak in a loud and forceful manner? Why was He not speaking to me? Was something wrong with me? Are these people special in God’s eyes such that they’ve found a way of communicating with God?

In my early days as a Christian, I would share my worries with some matured believers longing to hear what God wanted to say to me through them but as I grew in Christ, I discovered God wanted me to hear him for myself.

While I was serving in Gboko, still struggling with an understanding of what the future held for me, I had the privilege of meeting Bro Gbile Akanni. It was a private moment because I was seated right in his car and all I wanted him to say to me was, ‘Thus saith the Lord, go this way or go that way.’

But it didn’t work. He spoke words of encouragement but that wasn’t what I wanted. I wanted him to be God’s mouthpiece like Nathan was to David. But God wanted to teach me that I was also his  child with the ability to trust his direction and hear Him clearly.

The issue now was, how could I know that what I heard was from God? How does God even speak?

For months, I waited to hear a loud voice and special revelations. You could find me lying down quietly waiting to hear a voice. I didn’t even know that by doing that, I was creating problem for myself. Oh yes, It landed me into a mess. That’s a story for another day. It was until, I began to focus on God’s word and meditate on it, that I found my thoughts aligning with the Word.

Some of the things I considered as mere thoughts were actually God’s way of leading me. At other times, visual images  and pictures like would flash through my mind and It amazed me when I see some of those things play out in reality. The more I practiced hearing God, the more I understood his ways. I’m not perfect at this, but I’m gradually understanding how to walk in His will.

This is what we don’t know. God is always speaking to us but we cannot recognise what He is saying amidst the other voices when we don’t spend time in his Word. There is no special secret to finding out how God speaks except by a continuous practice of his Word. Don’t be like that man who fasted and prayed for a breakthrough to get a job but once he got what he wanted, God became a visitor in his life again.

If you are a christian, God is already speaking. How you do practice and become familiar with God’s voice?

1. Write down whatever you perceive the Lord is telling you.

This is what I have done over the years. Whatever I perceive in my spirit I wrote down. Now I use the word ‘perceive’ because not everything you hear may be from the Lord. As you grow, you learn to be familiar with the voice of God and to know whether what you are hearing is influenced by your environment or by your flesh.

Imagine a sister who was so certain that the president of her campus fellowship was God’s leading and held on so strongly that for two years, she kept the scriptures and the dream of her supposed wedding to this brother in her heart while he never gave her as little as a glance. But as she allowed time and closeness to the Holy Spirit to test what she had heard, she began to understand her underlining motive and supposed ‘convictions’ . It was the idea of him and his title that drew him to her. Even the scriptures she thought she received had nothing to do with any leading.

Get a journal and write everything you hear whether or not you are sure of what you heard. They may come in form of ideas, thoughts..just put them down. A regularly communion with the Word will shift the chaff from the wheat.

The idea of jumping out immediately into what you perceive God is saying can bring serious consequences. Some have been faced with rejection., others have had embarrassed and many deals have gone really bad.

Sometimes what God may be revealing to you may not be for now but for later. It’s important to learn to wait for further directions.

It’s funny how when it is time to search for a life partner, believers become so committed and ready to do everything to hear God. They are afraid of making a wrong choice because they have come to understand the criticality of making such lifetime decision.  They would not give so much time to finding out God’s mind on other issues but on finding a woman to marry, you’ll see them holding God’s legs and  almost forcing him to cough out a name.

This is not the kind of Christians God wants us to be. Even after we tie that knot, we still need wisdom and God’s leading to take the correct steps with regards to our homes.

When we are familiar with hearing God by obeying him in small things, it becomes easy to recognise his voice when we come to making critical decisions in our lives.

We have the Holy Spirit and He has come to direct and to lead us all the way. Maintaining a close relationship with Him is the key to a beautiful life here on earth.

Howbeit when he, the Spirit of truth is come, He will guide you into all truth: for he shall not speak of himself; but whatsoever he shall hear, that shall he speak: and he will shew you things to come. John 16:13.

Have you started taking notes of the things God is saying to you?

Dear Lord, We ask that you cause us to recognise your voice. Help us to give place to your Word and to bask in fellowship with you. Cause us to listen to every instruction you may be giving to us concerning our lives.