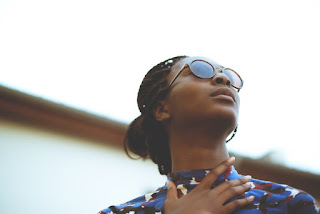 Some years ago, when I walked into a gathering of teens as a corp member, I was pretty nervous.

Would they like me? Would I be able to communicate with them or would they see me as a pest? And really, the icy glare they gave me when I stood in front of them got me scared. It was as if they were sizing me up and wondering what I had to offer.

Teenagers are a wonderful set of people and when we understand the phase of life they are in, it will be easy to relate with them. The truth is, a teenager can pretend to like you when in reality, their relationship with you is born out of fear. The balance between developing friendship and ensuring discipline takes a lot of wisdom.

I have encountered teenagers who warmed up to me from the first day we met, and I have also met others who gave me the cold shoulder and pushed back no matter how hard I tried to reach them. I still have not gained a mastery into their psychological process, but I have discovered that like every other adult, they have different personalities and I cannot approach them the same way.

If you are teen worker or Pastor, you must understand that it takes serious work to reach deep into their hearts. In the past, I have gone home bothered about the reaction of some of my teens, their ‘back off’ ‘stay away from my business’ attitude. In a similar vein, I have met with boys-tall and energetic- considered stubborn and tough and I discovered that many of them act out of fear and anxiety.

When a teenager tells you, ‘I don’t want to talk about it.’ Please respect their opinions. They are humans too and you are not to serve as lords over them, threatening them and forcing words out of their throat except on occasions when it involves two parties and hurt is involved, then firmness and discipline is necessary.

Do you know you can enforce discipline on teens God has placed in your care and still not have a relationship with them? Yes, you can have frowns on your face, throw orders and commands, yet that’s all they will remember you for.

Like any relationship, Teenagers need time. If your teens are not warming up to you, give it some time. Ask God for wisdom. I cannot recollect the number of times that I had to pray for them because I just didn’t know how to reach their hearts.

They need space too. Space that should not encroach upon except invited. Sometimes, that teenager of yours who clings to you may suddenly withdraw or avoid you. You may have called him to find out what is wrong and his response may have been nothing short of a shrug. Let him have that space while you keep praying for him. Don’t stop showing love or back out entirely.

I do not expect my teens to tell me everything going on in their lives. I am grateful that they can even confide in me very deep issues but I do not demand it. You can’t meet a teenager in few weeks and the next thing, you are forcing information out of her throat and giving her advice that spells doom. You will chase her away.

Two teenagers are attracted to each other and the first thing you know to say is, ‘If you don’t desist from it, damnation is waiting for you.’ and then you become so worked up that you create scenes here and there. I have seen a situation like this happen and instead of the teenagers going their separate ways, a strong bond was formed and a passion that was not there before ignited. She thought she had succeeded in tearing them apart but never realized what went on behind closed doors.

It takes wisdom to deal with teenagers especially those in their mid teens. Ask God. He created them and He can teach you how to reach them

It takes patience too.  Some of those teens can provoke and bring the worst out of you and it will take you so much restraint for you not to slap them. You can’t work with teens and not have your mind oiled with patience. You have to learn to let go quickly before resentment fills your heart.

The age factor too may be responsible for their sour attitude. You cannot relate with teens that have clocked 17 or 18, the same way you talk to the 13 year old teen. Their environment matters too. I have a teen daughter, (I do not mean biological) who is just 17 but thinks like a 28 year old lady. I have also had teenagers that age who behaved like they were adolescents. Observing these teens and how they relate will give you a better understanding on how to deal with them.

Genuinely take interest in their personalities. Overlook their bluff and love them genuinely. They’ll gradually open up to you. Remember that these teenagers are coming from different backgrounds. Some have been hurt, others have learnt to be defensive and some others are dealing with low self-esteem. Its a critical period of their lives as they gradually approach adulthood.

Praying for them worked for me. I would write their names in a book and present them to God. It helped me to relate with them better.

When these kids love you, they can pour their sweetness on you. Create a balance. Be disciplined while being opened and loving. Like every humans, they make mistakes too.

Don’t expect 100% reception even after putting all your resources together. You might still find one or two who will not like you. But don’t use that as a basis to give up on them. The teens need our input in their lives.